CONGRATULATIONS TO ALL OUR WILLMETTE GIRLS TEAMS!

We are proud to have all 4 Wilmette Girls Teams competing in the State Round Robin Tournament this season.

REGISTRATION IS OPEN FOR THE WILMETTE GIRLS SPRING HOCKEY PROGRAM!

The Wilmette Braves Girls Hockey Program welcomes girls from all over Northern Illinois.

We are committed to providing a safe, fun and developmental atmosphere for young women to play and experience the great game of hockey through quality coaching and a family oriented program. 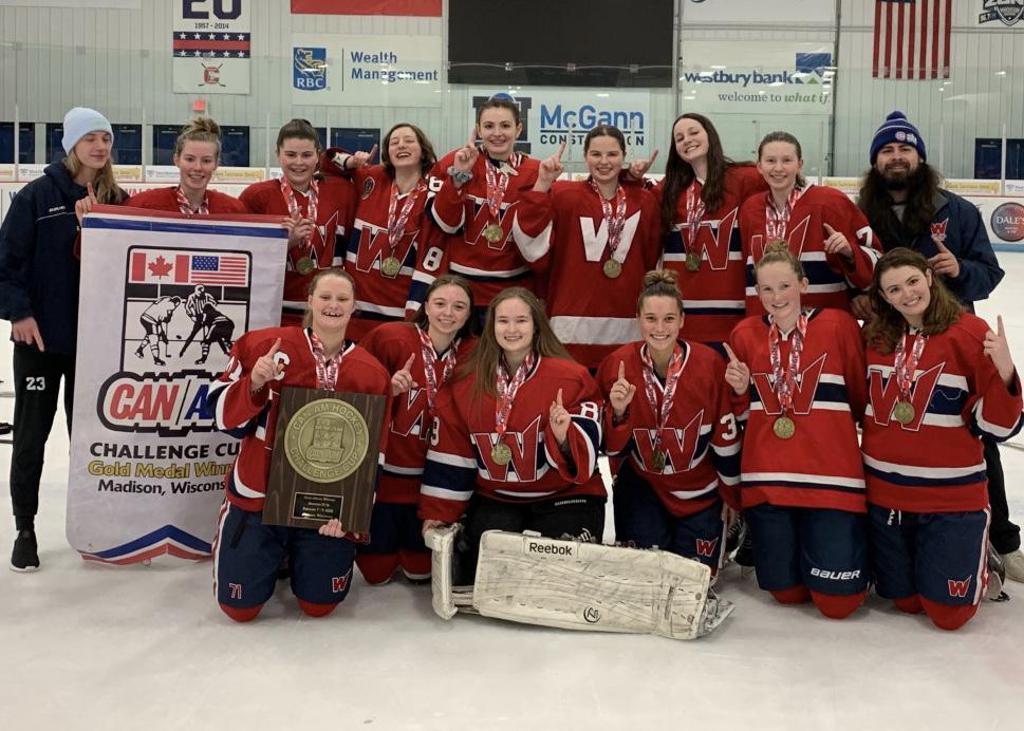 Wilmette U19 Girls win the Championship in Madison CAN AM Cup! 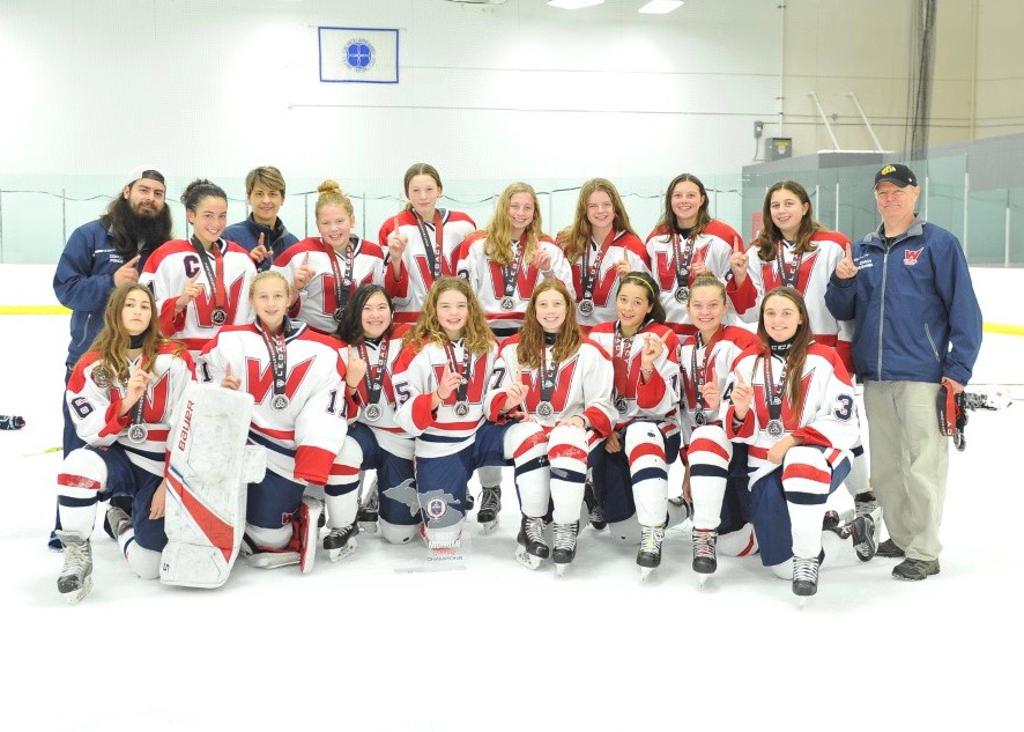 U14 Champions at the 2019 West Michigan Girls Classic Tournament 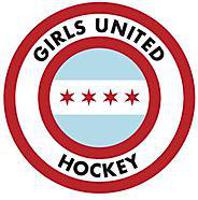 Are you interested in trying girls hockey?  Check out GIRLS UNITED HOCKEY!  They are running introductory hockey clinics at local rinks (gear included) to encourage girls to try hockey.    There is lots of info about their program here.  It is geared to girls ages 4-12 who are brand new to hockey.....!!  Next session starts January 25th! 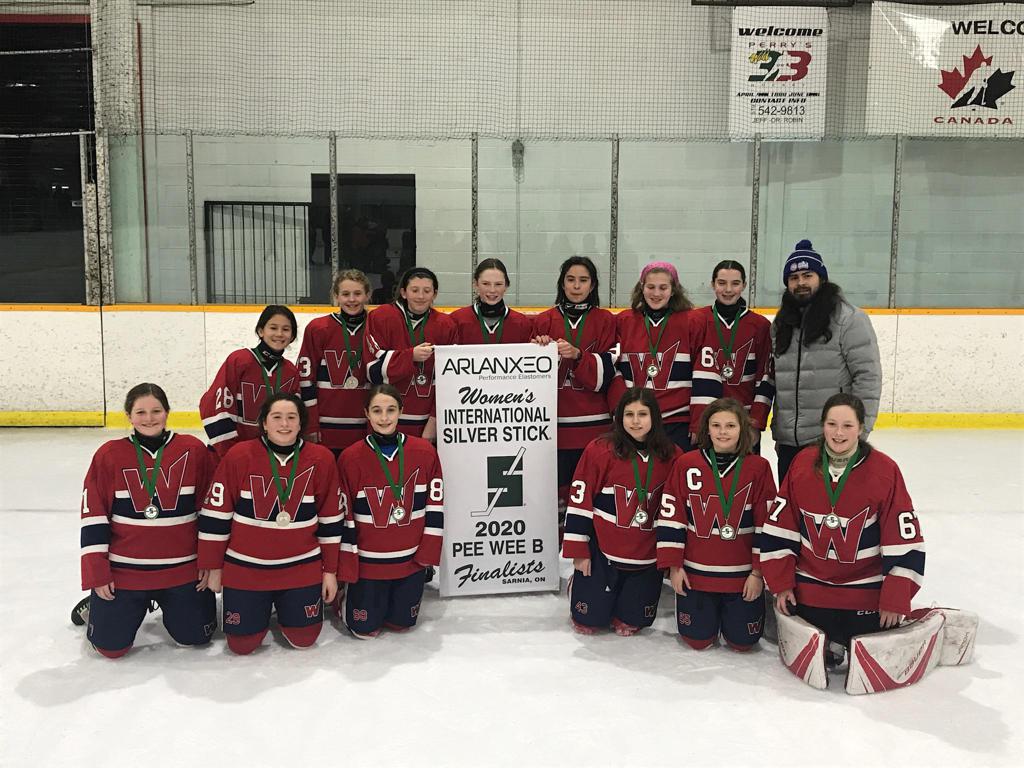 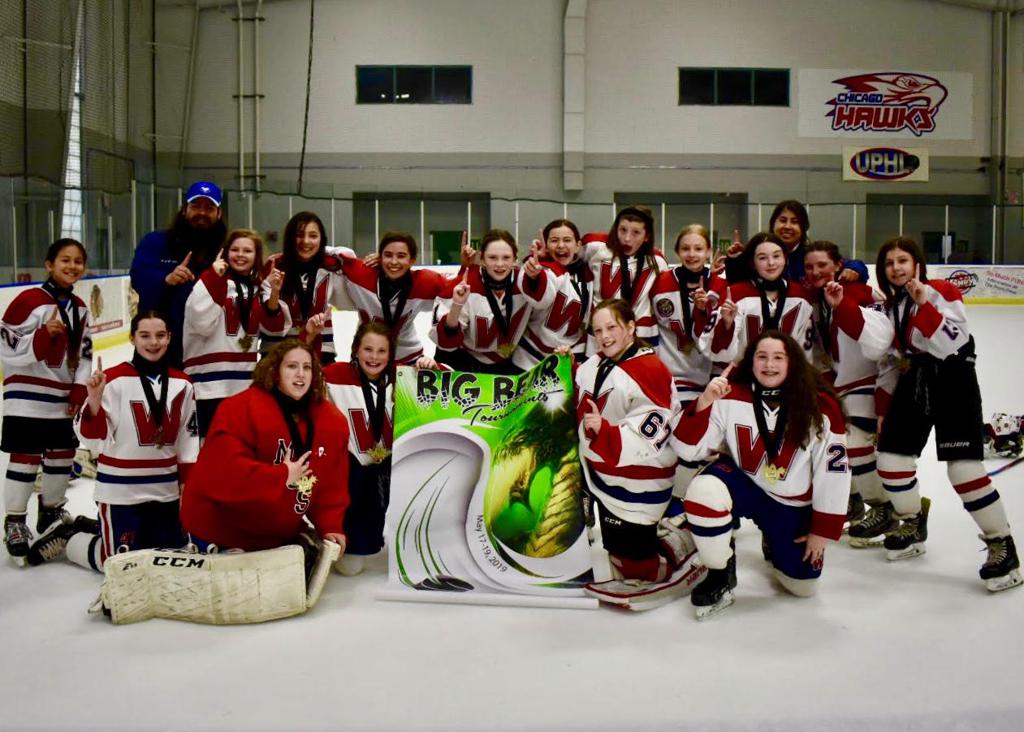 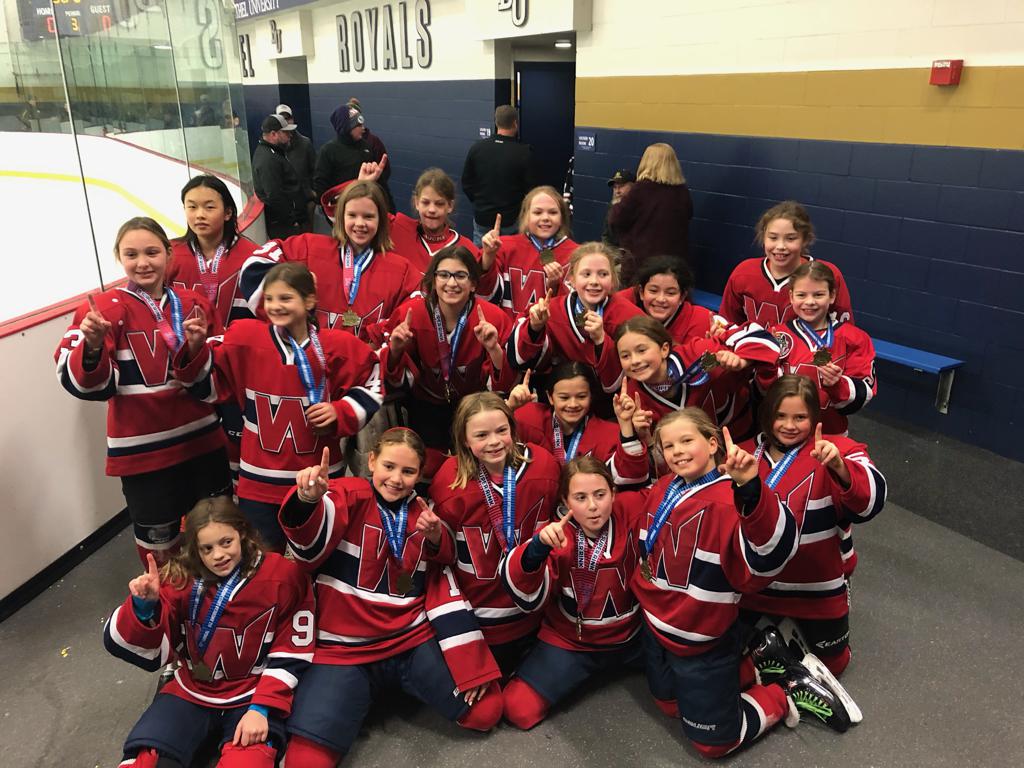 U10 girls capture divisional gold at the All American Girls Tournament!

The Girls "Try Hockey day" on December 14 was a huge success.  25 girls in an age range from three to twelve years old, came out and tried hockey for the first time. Players and coaches from Wilmette U12 and U14 girls teams were joined by players from Loyola's Girls Hockey program to make sure these "new" hockey stars had a great time.  This hour of introduction to hockey included skating, fun drills, and playing in small scrimmages.  After this event, many of the "new" skaters stayed to watch the Wilmette Hockey girls as they took on the Tigers from Albert Lee, MN.  Great morning of fun for everyone. 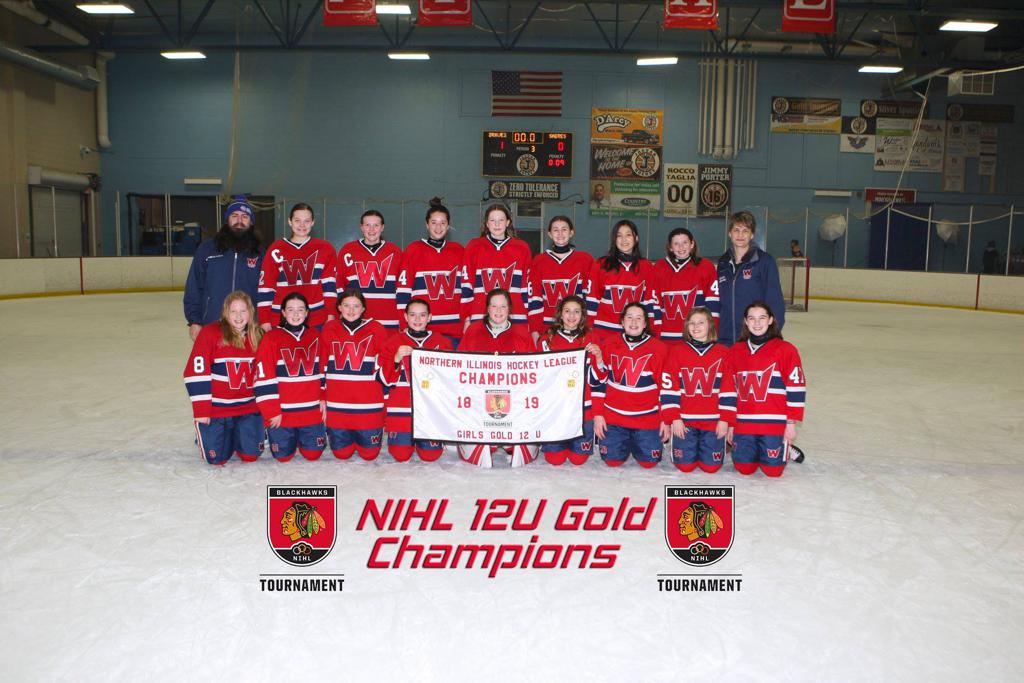 U12 Girls are NIHL Champions! 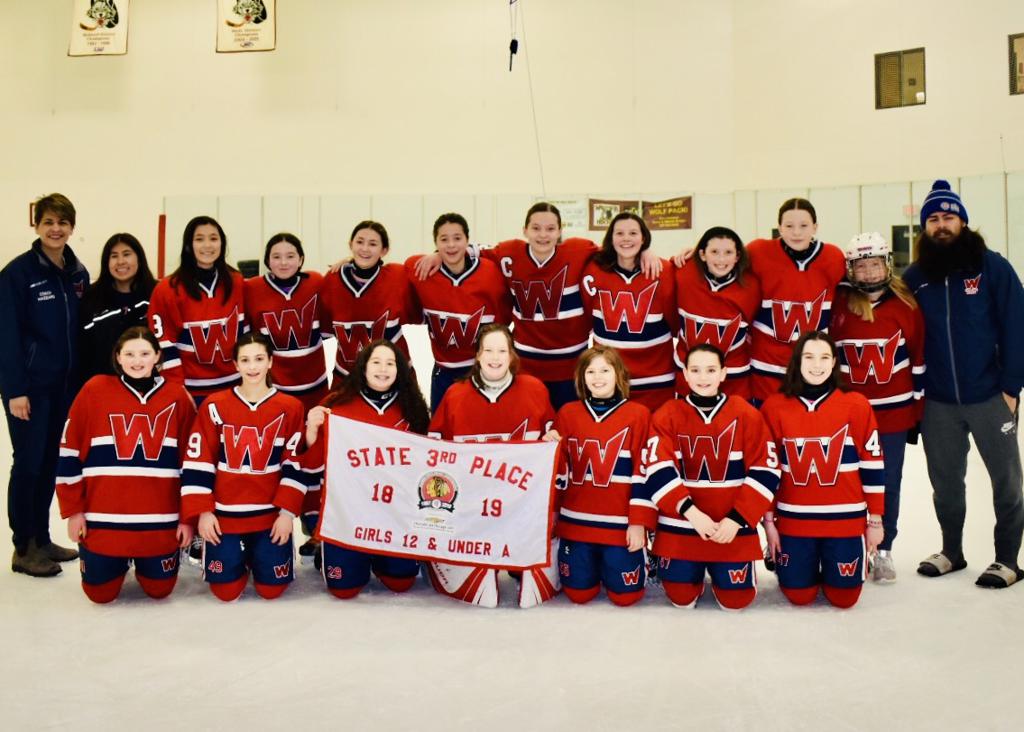 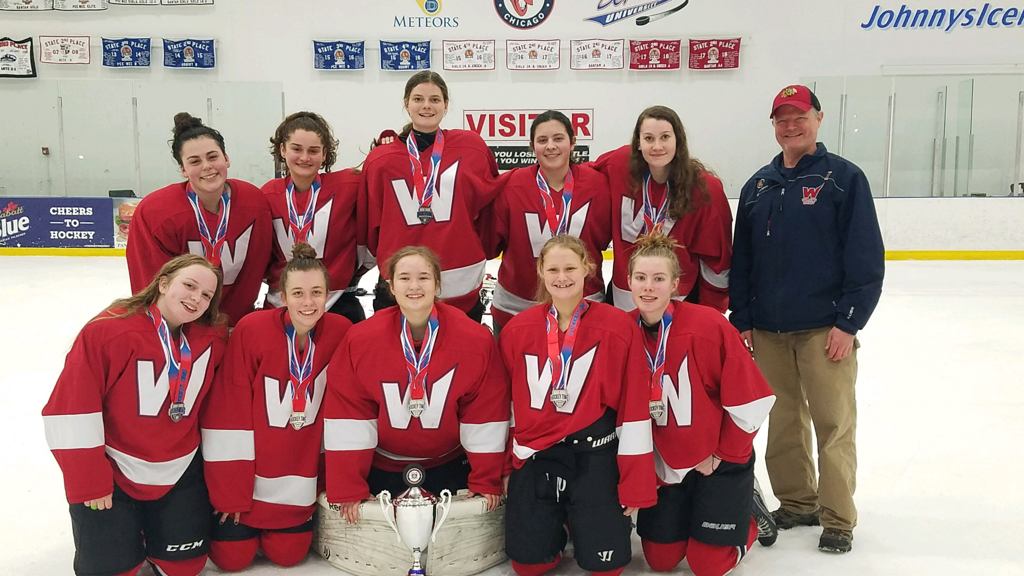 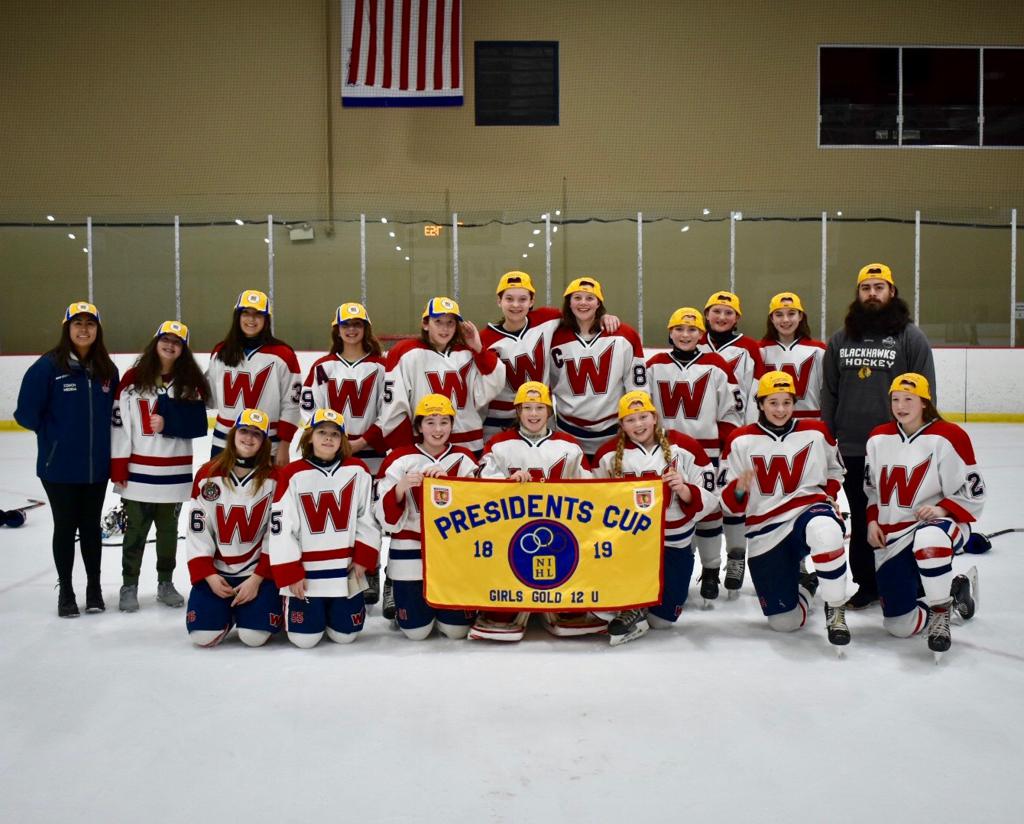 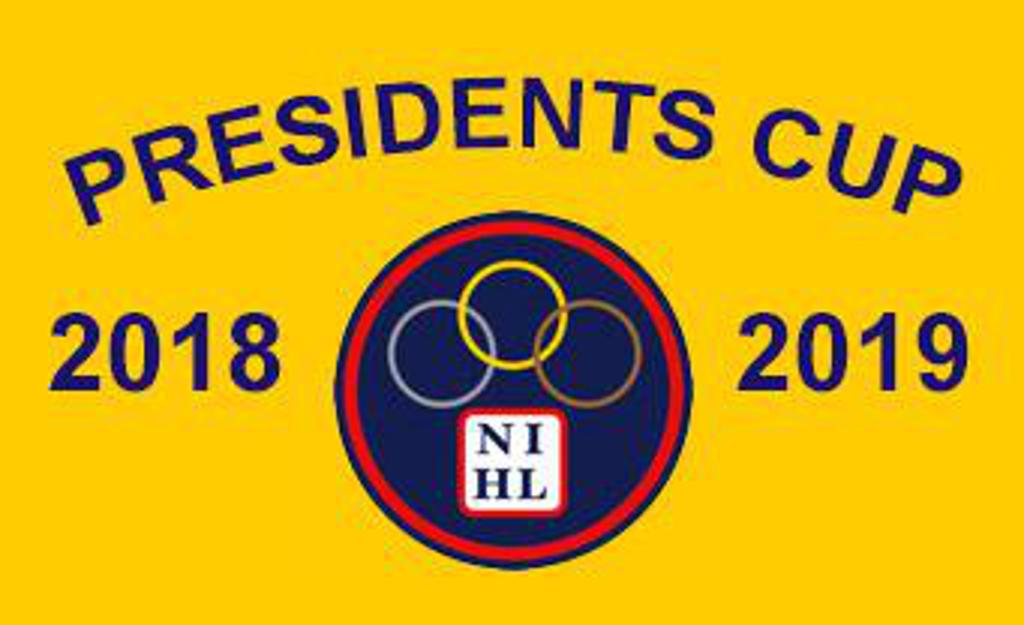 Congratulations to the U12 girls for winning the 2019 Presidents Cup! They advance to the NIHL Blackhawks Tournament semi final game on Sunday night!! 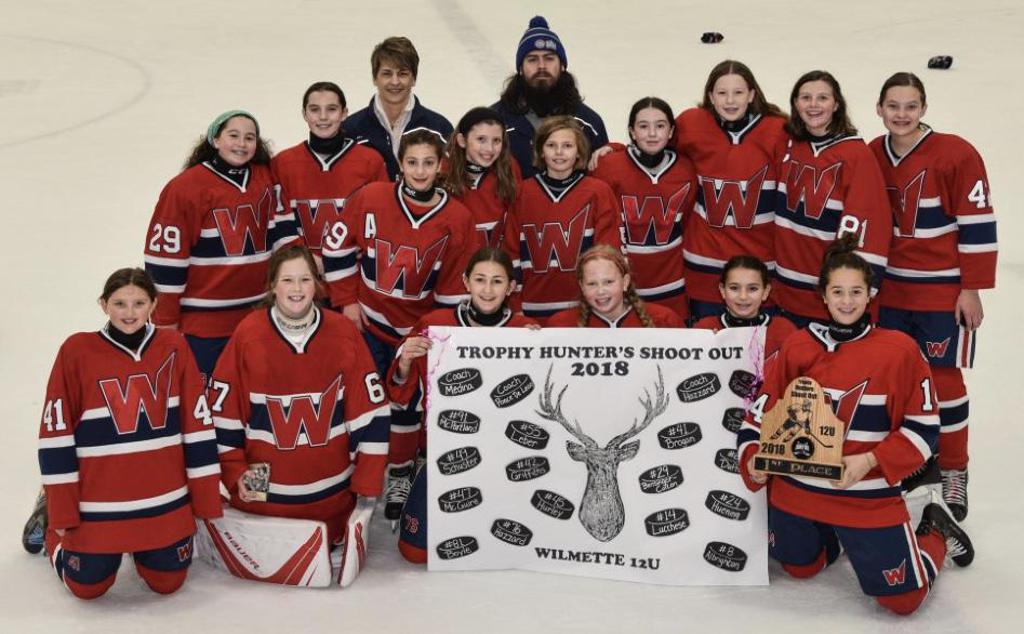 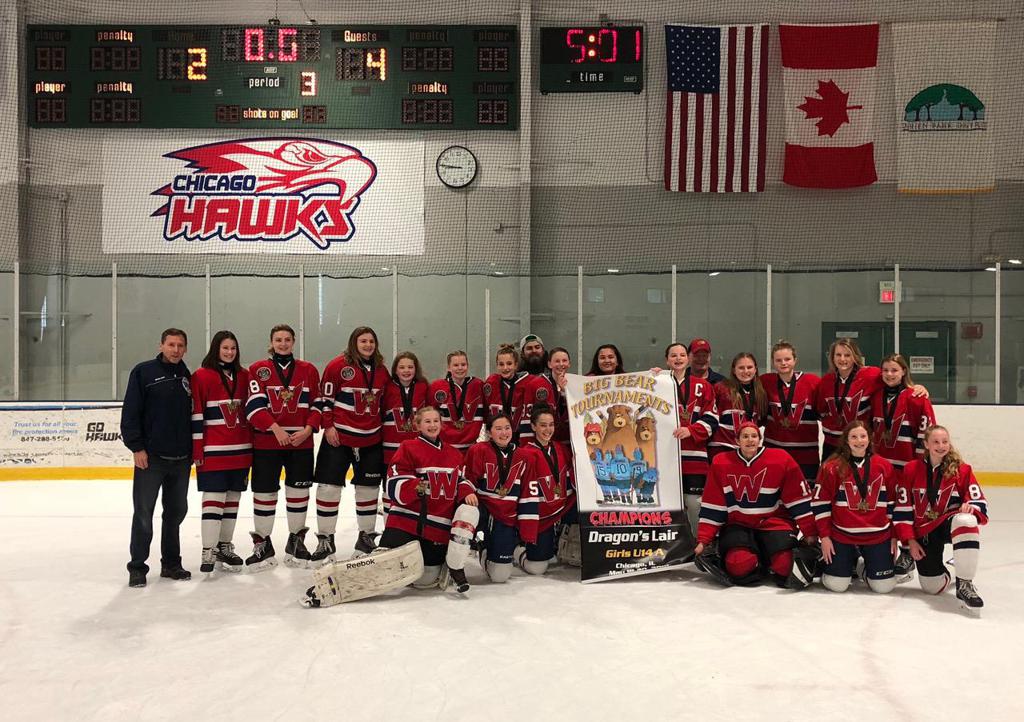 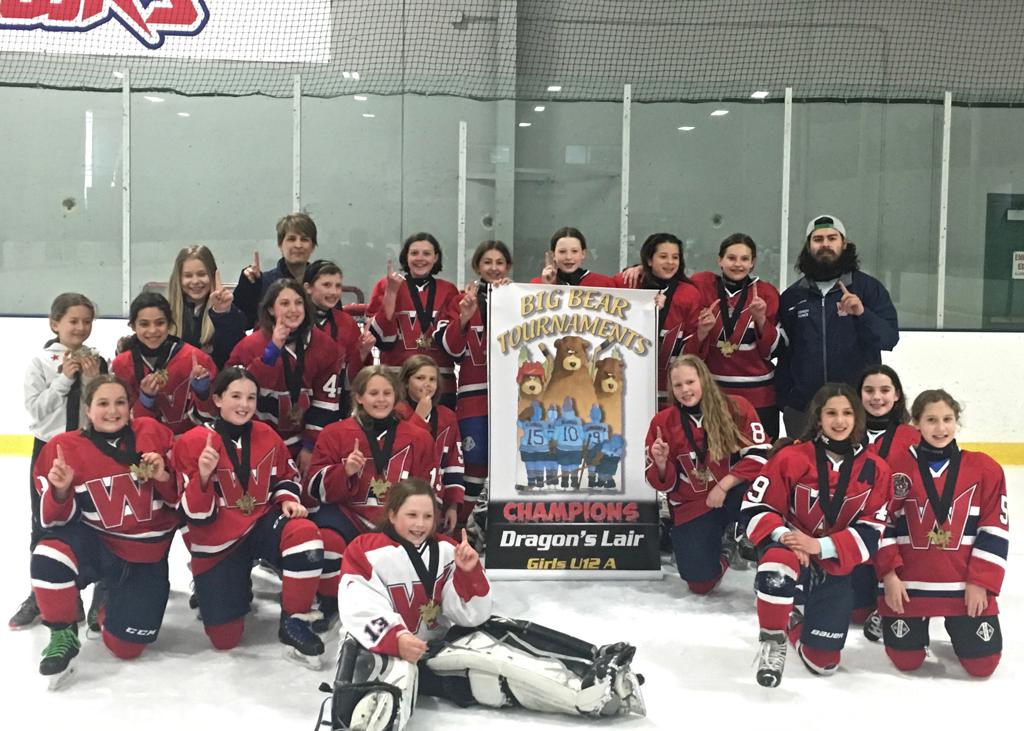 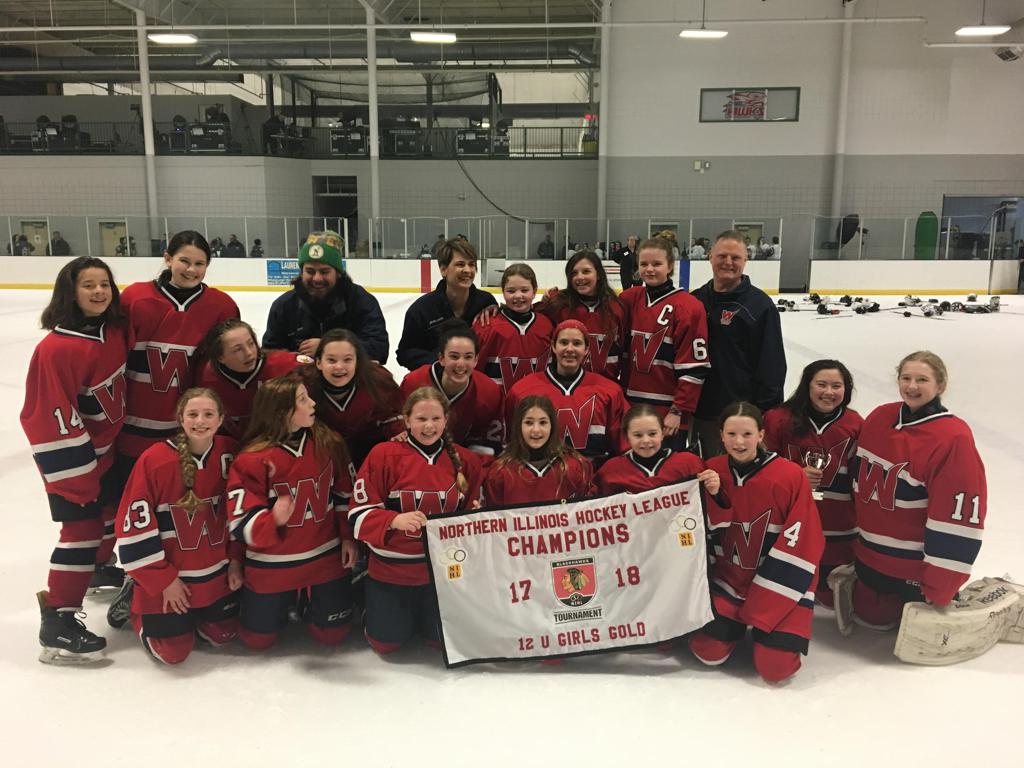 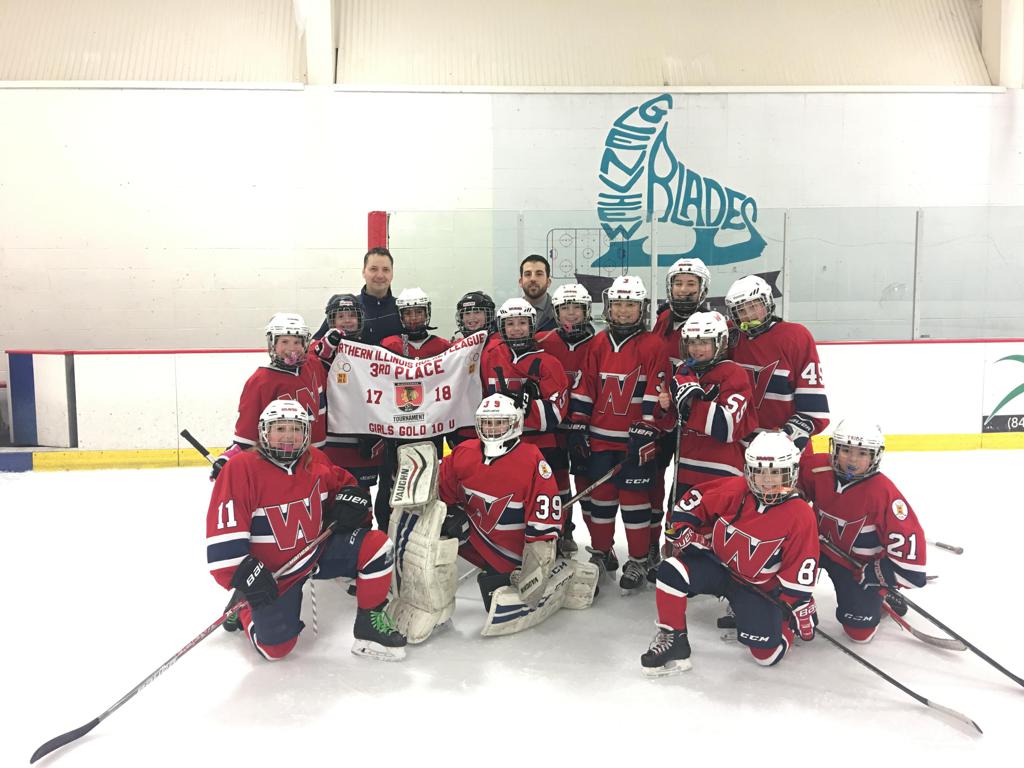 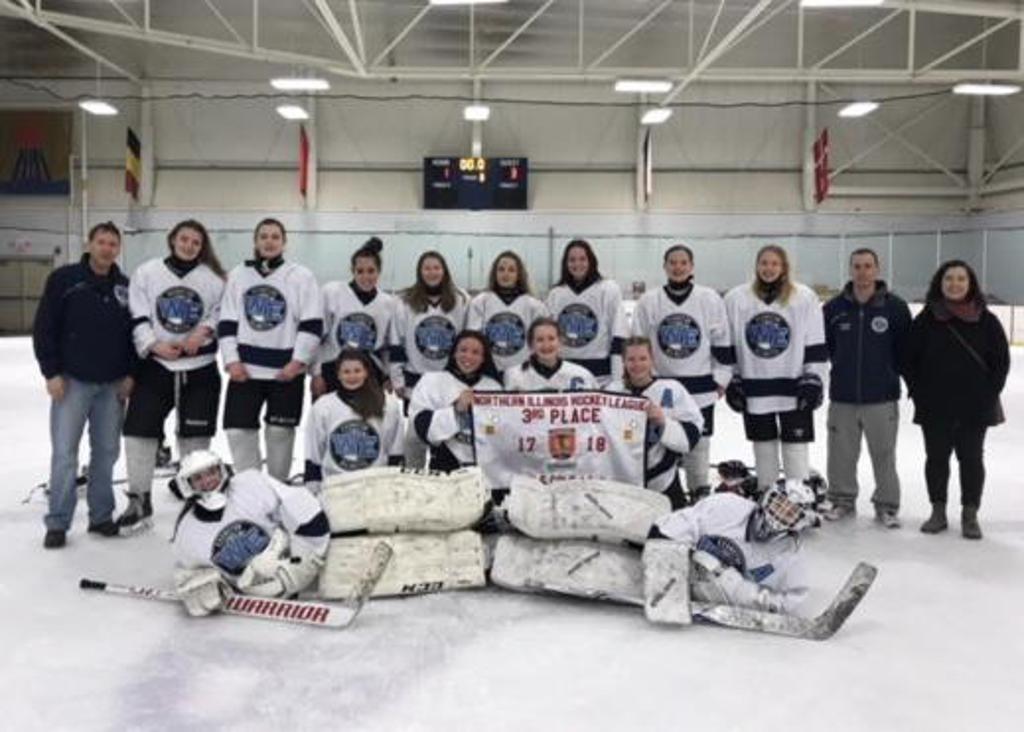